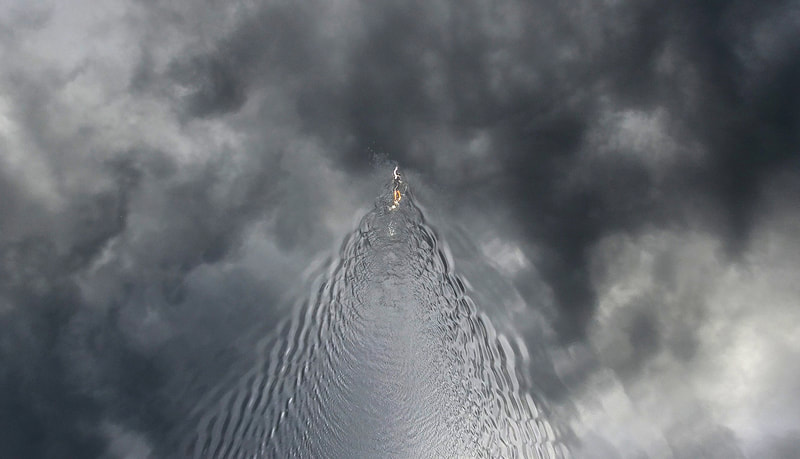 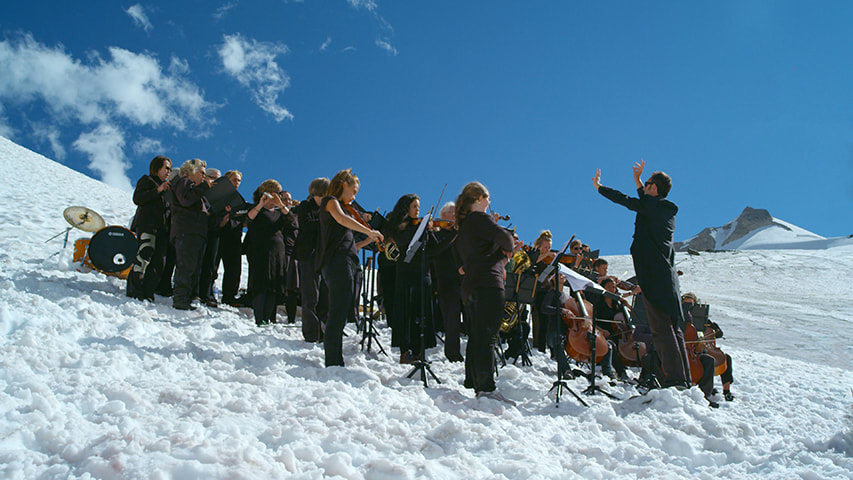 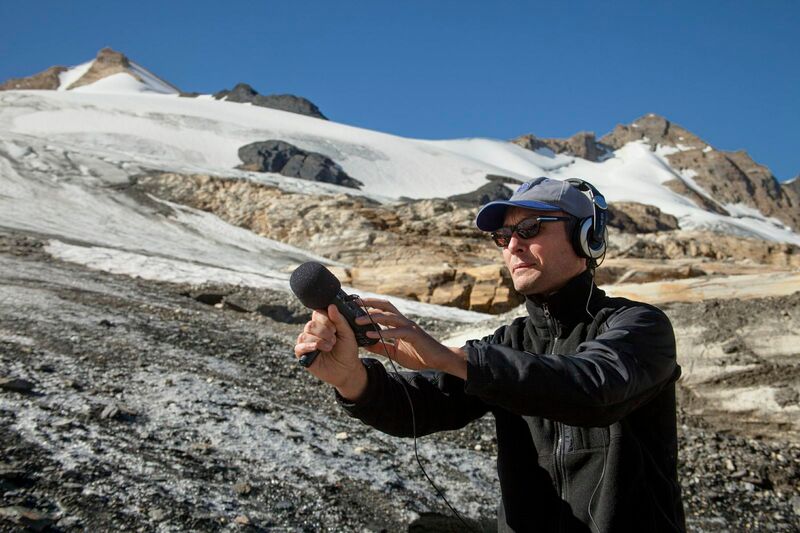 Image 1. Tom Thompson Centennial Swim. Still from single channel 4K video installation with sound. 2017-2019. Image 2. Requiem for a Glacier. Documentation of a 4 movement oratorio performed live at Farnham Glacier by a 55 piece orchestra and choir. 2013. Image 3. Documentation of site visit to Farnham Glacier as part of Requiem for a Glacier preproduction. 2012.
STATEMENT

Trees as old as 1500 years old are still being actively logged in BC mostly for export and inexplicably turned into such products as toilet paper. Less than 3% of high-productivity low-lying old growth temperate rain forests remain on Vancouver Island. I am currently working on several projects dealing with old growth forests. During the residency I aim to gather field notes, video and audio footage, observations, reflections, insights, and hallucinations on this extremely endangered environment which will become the basis of my main project, a site-specific chamber opera which I propose to stage the following year at the same site--whether the forest still exists or not. Visual imagery from indexical studies including rubbings, spore prints, and tracings will inform this process and provide the basis for object-based artworks that will allow me to engage with other audiences.
​BIOGRAPHY
Paul Walde is an award-winning artist, composer and curator who lives in Victoria, Canada on lək̓ʷəŋən territory. Originally trained as a painter, Walde’s music and sound compositions have been a prominent feature in his artwork for over 20 years. He is best known for his interdisciplinary performance works staged in the natural environment, often involving music and choreography. The documentation of these events is frequently used as the basis of Walde’s sound and video installations which have been the subject of exhibitions nationally and internationally.
paulwalde.com
instagram.com/paulwalde