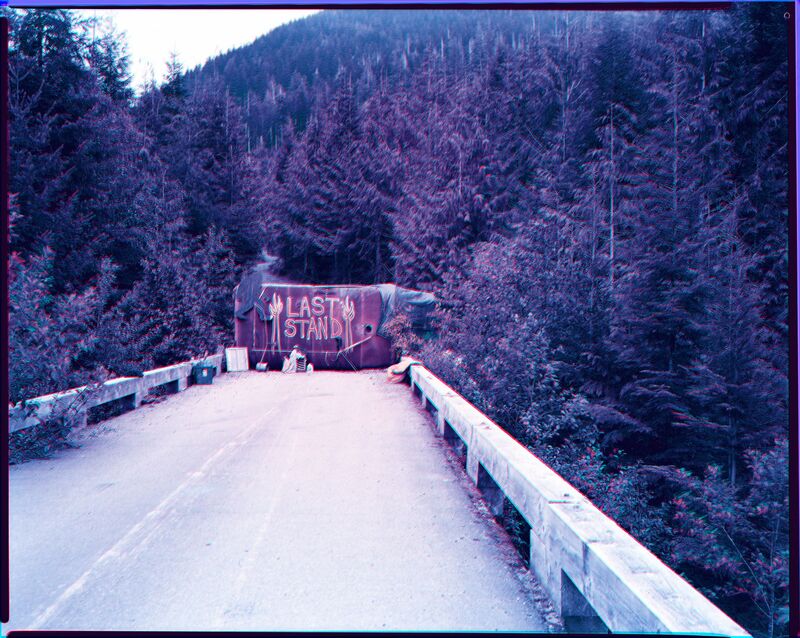 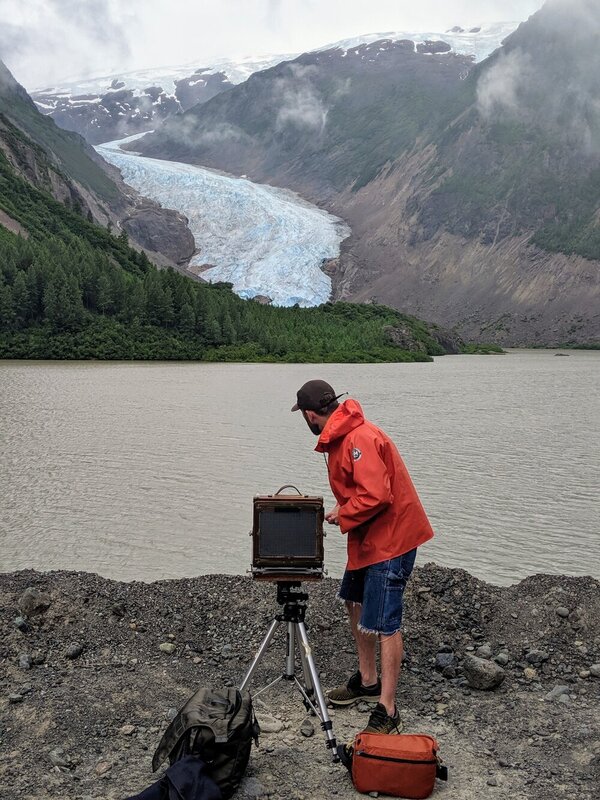 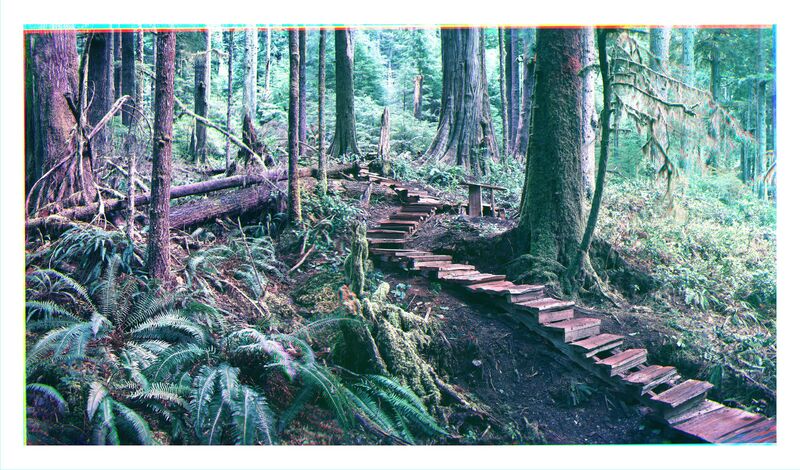 Image 1. The Kids Art Alright, Version 2,  Dimensions variable, 3 colour digichromatographic process, Eden Grove, Pacheedaht territory, May 22, 2021. Image 2. Production image, At Work, Bear Glacier (Outside Stewart BC), credit Laura Trunkey, 2017; Image 3. Please, John, don't screw this up for the rest of us - Version 1 (Staircase), dimensions variable, 3 colour digichromatographic process, Eden Grove, Pacheedaht territory, April 24, 2021
STATEMENT
Mike Andrew McLean’s current, research-influenced projects lean into lesser known and often archaic photographic methods. His interests in these processes reflect his fascination with furthering his understanding of the medium itself, and the fundamental equations that allow us to “draw with light over time by mechanical means”.  For this residency, he has been primarily focused on large-scale three-colour additive photographic montages (pioneered in the early 20th CE by Russian chemist and archivist Sergey Prokudin-Gorsky) and text-based works presented in cyanotype (developed by 19th CE astronomer and inventor Sir John Herschel).

“As a visitor, I am humbled by the privileged opportunity to make work in this sacred and ancient landscape on unceded Pacheedaht territory. I believe this is a historical moment, similar to Clayoquot Sound (Tla-o-qui-aht and Ahousaht) in 1993, which will be remembered by the words and actions of all of us; from Indigenous elders and community members, to environmental activists, concerned citizens and politicians. I am truly honoured to be included in this profound and significant conversation.”
​BIOGRAPHY
Mike Andrew McLean lives with his family in Victoria, British Columbia on the traditional territories of the Lekwungen peoples.  He received a BFA in Media Arts from NSCAD University in 2004, and an MFA in Visual Arts from the University of Victoria in 2008.  He has exhibited in both regional and national venues and works as a Sessional Instructor at the University of Victoria and as the Media Technologist in the Visual Arts Department at Camosun College.
mikeandrewmclean.com​
instagram.com/mikeandrewmclean