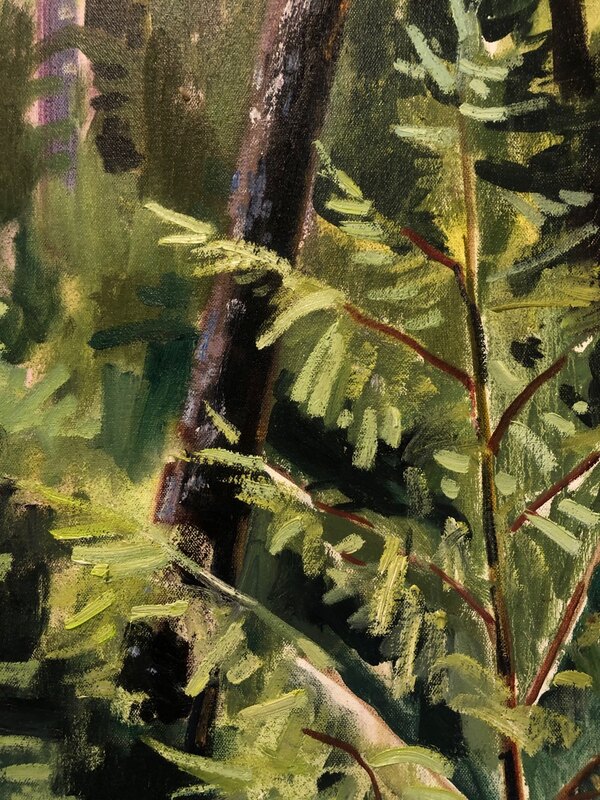 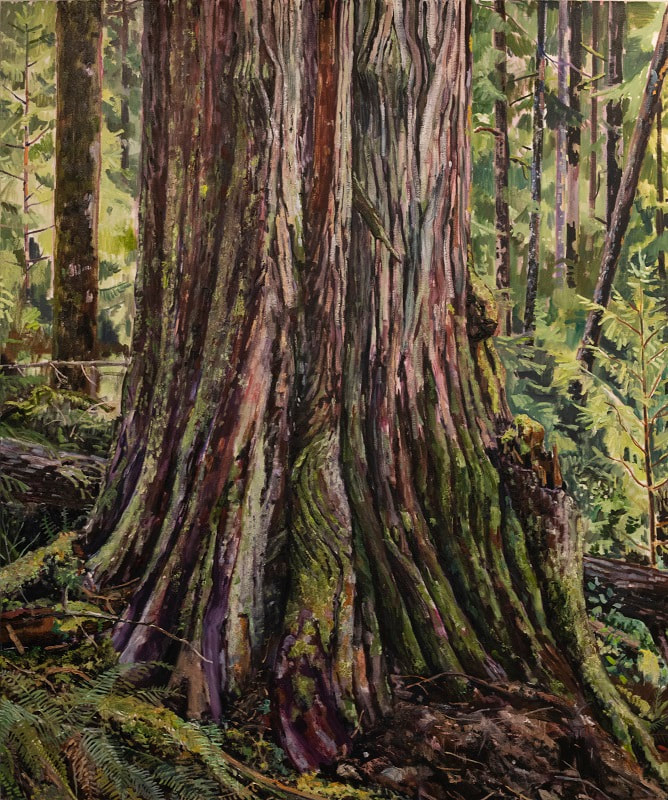 Image 1. The Ent (detail). Image 2. Jeremy painting in Eden Grove,  2021. Photo credit Kyle Scheurmann. Image 3. The Ent. Oil on canvas. 60x72 inches. 2021.
STATEMENT
​I was first introduced to Eden Grove a few years ago by forest defender, Duncan Morrison. As the threat of liquidation of this and other remnants of ancient forests became more imminent, I reached out to Jessie Demers to see if I could contribute my services as a painter to the movement and she invited me to be the first artist in residence at Eden Grove AiR. I began my first portrait of an ancient cedar at the beginning of March, 2021.
My approach to painting is based on the tradition of working from life but with an awareness of the inseparability of nature and culture and our critical situation with the climate and health of the biosphere. Looking is an extension of touch and when we touch something, we are also touched by it. Painting is also an act of touch and in the process of painting from life over many days, a rapport develops between the painter, the subject and the painting and my work aims to serve these three intertwined agencies.
​BIOGRAPHY
Jeremy Herndl earned a BFA from the Nova Scotia College of Art in Design in 1996 and an MAA in Painting at Emily Carr University in 2011. In recent years, Jeremy has received funding from the Canada Council, BC Arts Council and a third Elizabeth Greenshields Foundation grant. He has been artist in residence at the Banff Centre, The Brucebo Residency Award in Gotland, Sweden, Tombstone Territorial Park AiR in the Yukon, the Vermont Studio Center (Helen Frankenthaler Fellowship), Sointula Art Shed and Eden Grove AiR.
In the past few years Herndl's work has been exhibited at Michael Gibson Gallery (London, On.), the Surrey Art Centre in Surrey BC, Open Space Art Society in Victoria, BC, Two Rivers Gallery in Prince George BC and numerous other group shows internationally. His work is in collections such as the Art Gallery of Greater Victoria, Surrey Art Centre, The University of Victoria, The City of Victoria, The West Vancouver Museum, the Brucebo Foundation, Sweden, The City of Surrey, The Alberta Foundation for the Arts, The Ministry of Foreign Affairs and Trade and private and corporate collections around the world.
Jeremy lives and works in Victoria, BC on the territory of the Lekwungen and WSÁNEĆ First Nations with his wife, Izabela and their two children and their cat, Lily.
​jeremyherndl.com
instagram.com/jeremyherndl